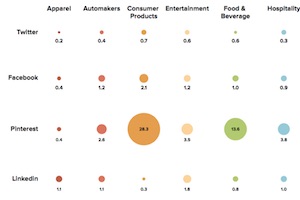 Automakers have the most engaged audiences on social media of any B2C industry, according to a recent report from TrackMaven.

B2C Industries That Get the Most Engagement on Social Media